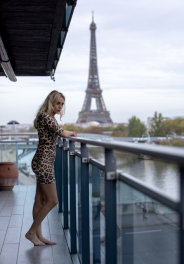 2001. After the 9/11 : two barrels of an extremely dangerous chemical products, “lost” by France during a secret operation in Middle East, are recover, bought, resold and transported from border to border by various traffickers on the behalf terrorists who plan an attack in the middle of Paris. While we follow the chaotic, hard to trace path of these barrels as they make their way to Paris, an anti-terrorist operation is set up to recover et prevent the attack.
This operation coordinates different intelligence et security services: internal, external, military, police. They have a common goal, to spot the terrorists, but their methods and their interest are sometime incompatible. Two Parisian journalists were alerted to this large-scale operation by an anonymous source. The French state does not seem to be totally innocent, neither in the origin of the barrels nor in the methods used to recover them. At the same time, somewhere, hidden, off the radar, a man is watching. He is armed. Code name: LYNX.
The countdown begins: the journalists investigate, the terrorists prepare themselves, the secret services search are on their tracks. And the Lynx starts to kill.
We will follow his journey and that of the four other main actors involved in this race against time.
Cast
Raphaël Quenard, Nailia Harzoune, Gringe, Pierre Arditi, Nicolas Duvauchelle, Frédéric Pierrot, Idir Chender, Laurent Stocker
Credits
Produced by Scarlett Production
Directed by Laetitia Masson
For Arte
Videos