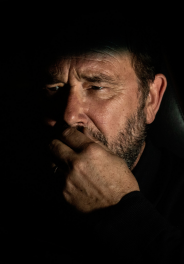 As he approaches sixty, the time has come for Pierre Leprieur to take stock of his life. What did he accomplish and what did he mess up during his life?
He was formerly an influential trade unionist on the docks at Le Havre. The passing years saw his relationship with his wife and his now-adult children
subside. One evening, with his whole family gathered together to celebrate his birthday, the party is ruined. His sons, Jean and Simon, find themselves
accused of mass drug trafficking.
Whilst their sister, Emma, a criminal lawyer, tries to get them out of this difficult situation, Pierre, who is convinced that he is being targeted, does his
utmost to help them. Yet he knows that if he roots around too much, he could end up unearthing truths best left untold.
Pierre’s mutilated body will be discovered early one morning in a warehouse at the docks. He leaves behind him his three grown children and his wife
Laurence.
In order to deal with his death and get on with their lives, they will need to find out the truth about his death, and restore his dignity and that of the family
whose reputation has been publicly damaged. But they also need to deal with exhuming the secrets he was hiding from them.
Credits
Created by Maxime Crupaux et Baptiste Fillon
Cast : Oliver Gourmet, Pierre Lottin, Mathilde Well, Panayotis Pascot, Astrid Whetnall, Philippe Rebbot
Videos