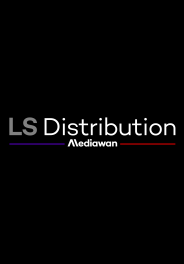 
Amid the icy landscape of Finnish Lapland deep in the arctic circle, policewoman Nina Kautsalo finds a prostitute, nearly dead, in an old cabin. The criminal investigation takes a surprise turn when a deadly virus is discovered in the woman’s blood sample.

A German virologist, Thomas Lorenz, travels to Lapland to investigate the virus alongside Nina, and the pair is soon caught up in an increasingly unusual case that forces them outside the law to keep the danger from spreading.

Season 2 takes Nina back to Russia and through the actions of a Russian secret order (Ordo Paritet), whose twisted sense of justice finds purpose in condemning released criminals to death.

Nina’s own sense of justice is tested when it turns out her own father is guilty of murder and an innocent man is on the killing list of Ordo Paritet.

Nina’s personal life is full of twists that challenge her in finding new meaning to her existence in a situation where the actions of her loved ones have excluded her from her own life.
Cast
Iina Kuustonen, Maximilian Brückner, Clemens Schick, Pihla Viitala
Credits
Directors : Juha Lankinen, Jussi Hiltunen
Producers : Yellow Film & Tv, Elisa Viidhe, Topic
Videos