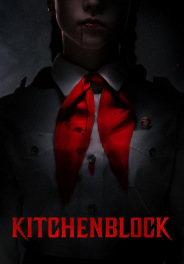 
Summer 1980. During the Olympics held in the USSR, strange and horrible things are happening in a run-of-the-mill boy and girl scouts camp. It turns out boys and girls scouts vampires exist not only in horror stories. Smart beyond his years, independent, sensitive and determined to go all the way for the right reasons, the main hero Valera, arrives at summer camp ‘Thunderbird’ for 3 weeks of carefree recreation. The little brave boy secretly discovers the reason behind his brother’s death. A long journey begins when he discovers that one of his
roommates actually sucks blood. Now, the independent hero must team up to find out how the vampires ended up in a Soviet summer camp, how to destroy them, and who actually killed his brother. During his journey, Valera learns to trust, find himself a few friends and truly falls in love.
Cast
Pyotr Natarov
Credits
Produced by Sreda
Videos