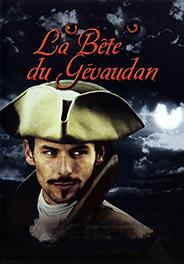 THE BEAST OF GEVAUDAN

In this new adaptation of the myth of "The Beast of Gevaudan", the murders are committed partly by wolves from the East and partly by a man, a cannibalistic, sexual predator. A young doctor, Pierre Rampal, gets to the heart of the mystery. Firstly, to put an end to vile accusations of witchcraft and also because he is in love with Françounette Chastel, the supposed werewolf's daughter.
Cast
Sagamore STEVENIN, Lea BOSCO, Maxime LEROUX, Jean-François STEVENIN
Credits
Directed by : Patrick VOLSON , AUTHORS : Brigitte PESKINE, Daniel VIGNE
Videos