Search
Line-up
INT / DOCS / THE SPY IN YOUR MOBILE 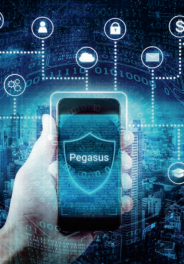 THE SPY IN YOUR MOBILE

A special investigation into NSO Group, which sells hacking spyware to governments.


Thanks to an unprecedented data leak, the international investigation revealed the existence of more than 50,000 potential victims of Pegasus, a sophisticated spyware tool sold by Israeli company NSO Group.