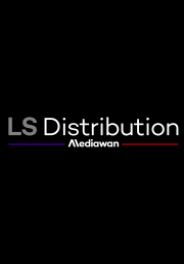 A bodyguard, a photographer, a bystander, and the future widow of the President: on 22 November 1963, they were all in Dallas, and JFK’s assassination would forever be embedded in their memory. Their paths on that fateful day will be woven together for us to relive the event through their converging
but subjective experiences.
From the gunshots heard at Dealey Plaza to the Parkland Hospital, and from the Bethesda autopsy room to the Arlington Cemetery, the finer details of what happened that day are hidden in a haze of emotion, national interest and rashly-taken decisions.
Fifty years later, Kennedy’s death is still shrouded in mystery. Despite meticulous work by journalists and investigators to unveil the truth, it seems nobody has considered the simpler human elements of the story.
This documentary aims to do just that. By exploring the hidden details and emotions of those above suspicion, such as Jackie Kennedy and soon-to-be President Lyndon Johnson, and simple anonymous onlookers whose witness accounts thrust them into the spotlight, the film brings one of the biggest cover-ups of the 20th century to light.


What did they see on that day in November 1963?
Credits
Director: Patrick Jeudy
Videos