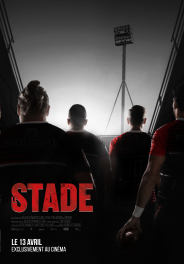 A full immersion behind the scene of a Rugby team


The human adventure of the rugby team at the Toulouse stadium,the most successful in France, facing the most
ambitiouschallenge in its history. Despite tenacious opponents and injuries,the players, determined, throw themselves headfirst into the arenato win their 5th European champion star and thus become themost successful European club in History.
Credits
Produced by Black Dynamite
Videos