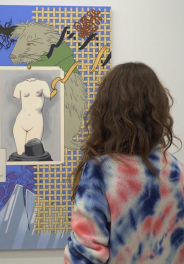 #metoo in the art world


Starting with the first scandal in the art world after the beginning of the #metoo movement - the Knight Landesman case, named after a famous art publisher nicknamed by the New York Post “the Harvey Weinstein of the art world” - this documentary dives into an environment little known to the general public.
This film is also the story of a speech and the struggle of women – artists, curators, gallery owners… - to promote a more ethical and diverse art in in an abusive world ruled by a white male minority.
Credits
Produced by Crossborders Films
Broadcasted by Planète + Crime
Videos