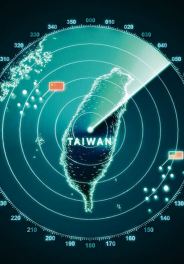 A geopolitical insight into the situation in the China Sea.


Seizing Taiwan has become a dominant objective for Beijing. With its new economic and military power, Beijing has reawakened its ambition of a ‘‘unified China’’ and seems ready to do anything.

The pressure to regain what Beijing considers its 23rd province has been growing in recent months, but these tensions are not new. China has been claiming Taiwan for more than half a century.
Credits
Producer: BrotherFilms
Director: Wandrille Lanos
Broadcasters: France Télévisions, SVT, Radio Canada
Videos