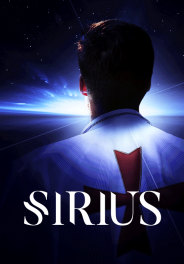 TRAILER MASSACRES OR SUICIDES THE ORIGINES SUSPICIONS VERDICT Contact us

How far would you go to escape the apocalypse?
By the producers of "Who killed little Gregory" (Netflix documentary serie)

Sirius is a mystery thriller that takes an in-depth look at the unbelievable story of the Order of the Solar Temple, a cult that made headlines in the 90s.

Three journalists teamed up to investigate two random accidents – two house fires with casualties, one in Canada, one in Switzerland - too similar to be coincidental. In a worldwide investigation, with the help of chance encounters, forensic analysis and exhibits, they linked those events to The Order of the Solar Temple. In this obscure cult, the followers believed that they could, through suicide, be transported to the star Sirius in order to live out an afterlife. The journalists started to wonder: was it a mass suicide? Can it happen again? And if so, where?

The series transports us back to the 90s, into this stranger-than-fiction story full of suspense, twists and unexpected turns. We will question ourselves about the way a sect is able to gather its followers. How does one come to believe in the existence of a parallel truth told by a guru?

The exclusive testimony and personal archive of the lead journalist (Arnaud Bédat) will guide us through the investigation along with exceptional archives, testimonies from police officers, judges and former members of the sect.
Credits
Producers: Imagissime in partnership with Attraction Images
Broadcasted by TMC, TVA, RTBF, SBS, Filmin, RTL Crime
Videos

Contact us TRAILER MASSACRES OR SUICIDES THE ORIGINES SUSPICIONS VERDICT