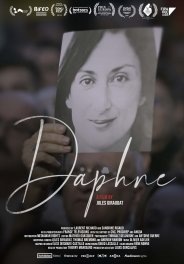 On October 16, 2017, Maltese journalist Daphne Caruana Galizia was murdered in a car bomb attack.
Her three sons are convinced it's a political assassination. Their mother was investigating corruption involving people close to the prime minister. Since that day, they have been fighting relentlessly to find those responsible for her murder. In their quest for the truth, they are joined by a team of 45 international journalists.
This film is the story of their fight to obtain justice against a mafia state, whose involvement in the murder becomes more precise every day.
Credits
Producer: Forbidden Films
Director: Jules Giraudat
Videos