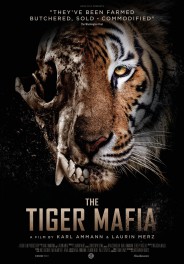 This ten-year undercover investigation into the smuggling of South East Asian tigers, led by photo journalist Karl Ammann, exposes how body parts are harvested from both live and butchered tigers, and then traded for sale in China’s underground pharmaceutical and jewelry industries. Year after year, Karl went to warlord and triad-controlled regions of Myanmar, Laos, and Vietnam to learn how tigers are traded. He was able to infiltrate top trafficking syndicates and gain access to major crime hubs and underworlds. An experience that resulted in a number of disturbing findings...