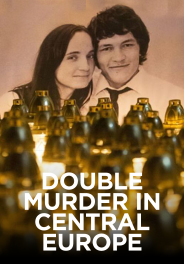 On February 26th, 2018, the bodies of 27-year-old Jan Kuciak and his fiancée Martina Kusnirova were discovered in their home near Bratislava, Slovakia. Jan, an investigative journalist specialised in data was about to publish an investigation regarding links between the political leaders of the country and the Ndrangheta. An investigation posthumously published that led to the resignation of then Prime Minister Fico.

However, was it this investigation that put a target on Jan’s back?
Credits
Producer: Forbidden Films
Videos