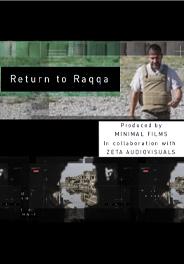 Return to Raqqa chronicles what was perhaps the most famous kidnapping event in history, when 19 journalists were taken captive by the Islamic State, as told by one of its protagonists: Spanish reporter Marc Marginedas, who was also the first captive to be released.
Credits
Producer: Minimal Films
Director: Albert Solé
Broadcasters : Movistar, TV3, ZDF
Available lengths: 80' / 52'
Videos