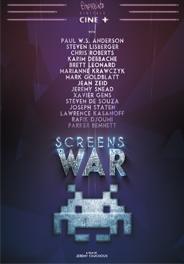 The video game industry is now more lucrative than the movie industry with which it multiplies collaborations. Yet, even though a growing number of video games are being adapted to the big screen and movies are increasingly becoming video games, the relationship between these two industries is stormy. With testimonies of directors like Paul W. Anderson (Mortal Kombat, Resident Evil), Steven Lisberger (Tron) and Steven E. De Souza (Street Fighter).
Credits
Produced by Empreinte Digitale
Directed by Jérémy Fauchoux
Broadcaster: Ciné+
You may also like
Videos